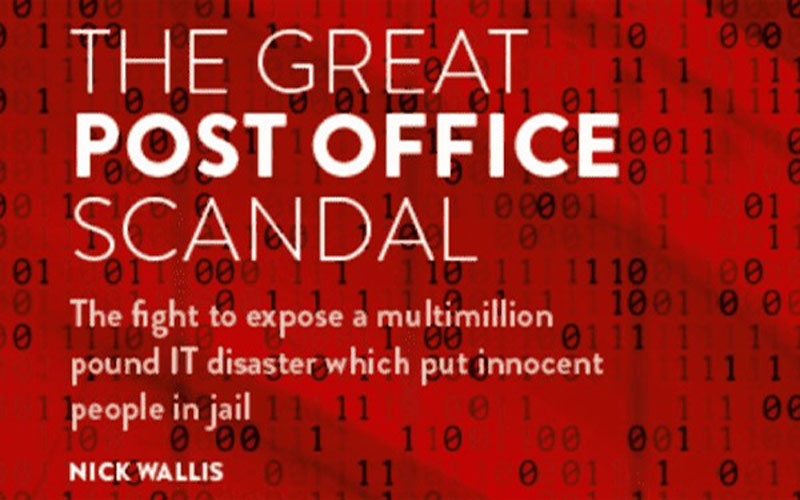 The story of the fight to expose a multimillion pound IT disaster which put innocent people in jail.

Nick Wallis will be at the Victoria hall to talk about this scandal and to answer questions from the audience.

This is the story of how these innocent people fought back to clear their names against a background of institutional arrogance and obfuscation, a fight dragged out by the Post Office’s refusal to accept responsibility for its failings.

Nick Wallis, an award-winning freelance journalist and broadcaster, has been pursuing this story since 2010 when he met a taxi driver who told him his pregnant wife had been sent to prison for a crime she did not commit. Since then, he has recorded interviews with dozens of victims, insiders and experts, uncovering hundreds of documents to build up an unparalleled understanding of the story.

Using these sources, Nick has been instrumental in bringing the scandal into the public eye. He broadcast his first investigation for the BBC in 2011. In the same year that he took the story to Private Eye. He has subsequently made two Panoramas, a Radio 4 series, and raised thousands of pounds to crowdfund his own court reporting for the Post Office Trial website.

Nick has now written the first definitive account of the scandal. He takes us from the ill-fated deal that brought Horizon into existence, through years of half-truths and obstruction, to the tearful scenes at the Court of Appeal this year. He exposes the secrecy and mistrust at the heart of the story, and the impact that had on the victims. He also chronicles how this story’s hero, Alan Bates, started as a lone public voice of dissent but went on to beat the Post Office – against overwhelming odds – at two of the highest courts in the land and win some redress for the victims.